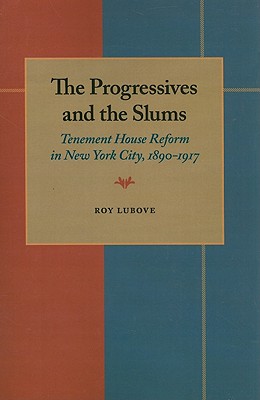 The Progressives and the Slums

The Progressives and the Slums chronicles the reform of tenement housing, where some of the worst living conditions in the world existed. Roy Lubove focuses his study on New York City, detailing the methods, accomplishments, and limitations of housing reform at the turn of the twentieth century. The book is based in part on personal interviews with, and the unpublished writings of Lawrence Veiller, the dominant figure in housing reform between 1898 and 1920. Lubove views Veiller's role, surveys developments prior to 1890, and views housing reform within the broader context of progressive-era protest and reform.

Roy Lubove was professor of social welfare and history at the University of Pittsburgh and the author of several books, including: The Struggle for Social Security, 1900-1935; Community Planning in the 1920s: The Contribution of the Regional Planning Association of America; Twentieth-Century Pittsburgh, Volume One: Government, Business, and Environmental Change; and Twentieth-Century Pittsburgh, Volume Two: The Post-Steel Era.
Loading...
or support indie stores by buying on