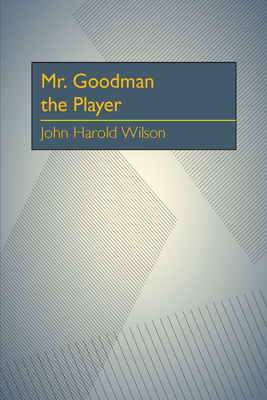 Famous as an actor with the King’s Company in London during the Restoration, Cardell Goodman epitomized one of the most colorful ages in English history.

Goodman was admitted to St. John’s College, Cambridge at age 13, and, upon graduation, became an actor in the King’s Company.  To supplement his meager acting income, he took up highway robbery and was captured then pardoned by King Charles.  About 1684, he became the lover of Barbara, Duchess of Cleveland, former mistress of King Charles, and spent the next ten years living in luxury as her Master of the Horse, occasionally accepting acting roles.  In 1696 he became entangled in the Jacobite conspiracy and fled to France.  He returned to a remote part of England after the Peace of Ryswick in 1697, and spent the last years of his turbulent, exciting, dangerous life in genteel poverty.

John Harold Wilson was professor of English at Ohio State University of author of numerous books, including The Private Life of Mr. Pepys, All the King’s Ladies, Rake and His Times: George Villiers, Second Duke of Buckingham, and Preface to Restoration Drama.