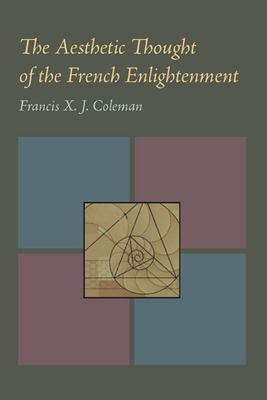 The Aesthetic Thought of the French Enlightenment


Praise For The Aesthetic Thought of the French Enlightenment…

“This short and lucid book is built on the notion that French aesthetic thought in the eighteenth century is marked by various dualisms and, furthermore, upon the distinction drawn by the author himself between aesthetic and critical theories. . . . the book is quite good.”
—Journal of Aesthetics and Art Criticism

Francis X. J. Coleman was professor of philosophy at Boston University and the author of several books, including The Harmony of Reason.