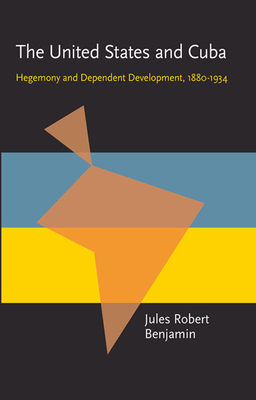 The United States and Cuba

From its independence from Spain in 1898 until the 1960s, Cuba was dominated by the political and economic presence of the United States. Benjamin studies this unequal relationship through 1934, by examining U.S. trade, investment, and capital lending; Cuban institutions and social movements; and U.S. foreign policy. Benjamin convincingly argues that U.S. hegemony shaped Cuban internal politics by exploiting the island's economy, dividing the nationalist movement, co-opting Cuban moderates, and robbing post-1933 leadership of its legitimacy.

“A very impressive study. . . . This is first-class nalysis lies in his recognition that the economic and political dimensions of the U.S.-Cuban relationship cannot be fully understood in isolation from one another.”
—Latin American Research Review

“Jules Benjamin's level-headed and thorough study of the origins and nature of the now-vanished U.S. hegemony in Cuba provides invaluable background.”
—The Review of Politics

“A very impressive study. . . it will be a significant and well-known book. this is first-class scholarship.”
—David Healy

Jules Robert Benjamin is professor emeritus of history at Ithaca College.
Loading...
or
Not Currently Available for Direct Purchase