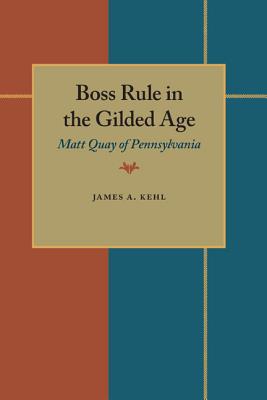 Boss Rule in the Gilded Age

Matt Quay was called “the ablest politician this country has ever produced.” He served as a United States senator representing Pennsylvania from 1887 to 1904. His career as a Republican Party boss, however, spanned nearly half a century, during which numerous governors and one president owed their election success to his political skills. James A. Kehl was given the first public access to Quay's own papers, and herein presents the inside story of this controversial man who was considered a political Robin Hood for his alleged bribe-taking, misappropriations of funds, and concern for the underprivileged-yet he emerged as the most powerful member of the Republican Party in his state.

James A. Kehl is emeritus professor of history at the University of Pittsburgh.
Loading...
or support indie stores by buying on