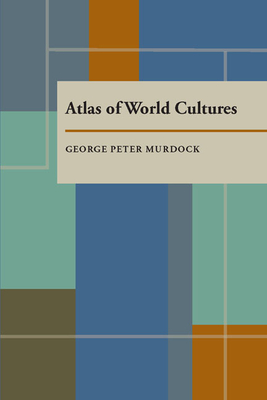 The publication of Murdock’s Ethnographic Atlas in 1967 marked the first time that descriptive information on the peoples of the world—primitive, historical, and contemporary—had been systematically organized for the purposes of comparative research. In this volume, Murdock has completely revised this work, selecting 563 societies that are most fully and accurately described in ethnographic literature. The identification of each society gives its geographical coordinates and date, its identifying number in the Ethnographic Atlas, and an indication of whether it is included in the Human Relations Area Files or the Standard Cross-Cultural Sample. In addition, bibliographical references are offered for each society.

The information and suggested research techniques will be of value to comparativists in anthropology, history, political science, psychology and sociology. Most importantly, it offers a simple method fro choosing a valid sample of the world’s known societies for cross-cultural research.


Praise For Atlas of World Cultures…

“The information and suggested research techniques contained in this volume will be invaluable to comparativists in anthropology, history, political science, psychology, sociology. Most important, it offers a simple method for choosing a valid sample of the world’s known societies for cross-cultural research. . . .  George Peter Murdock, who founded the journal Ethnology and the Cross-Cultural Cumulative Coding Center at the University of Pittsburgh, is a pioneering figure in cross-cultural research.”
—Interart News

“Although Murdock’s Atlas is designed above all for ethnologists and cultural anthropologists, the information contained and the mode of processing it in this volume make it an important reference book for comparativists in the fields of history, political science and sociology.”

“The Atlas’ primary purpose is to provide valid cultural samples for behavioral scientists wishing to test cross-cultural hypotheses. . . . While this handbook will be especially valuable to comparative anthropologists, its potential audience extends to historians, political scientists, psychologists, and sociologists.”
—American Reference Books Annual

George Peter Murdock (1897-1985) was Andrew Mellon Professor of Social Anthropology at the University of Pittsburgh.