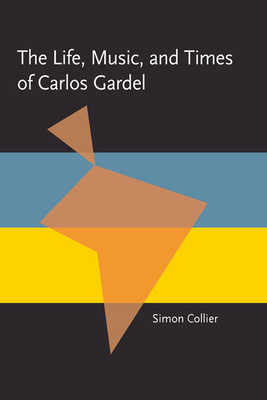 In the first biography in English of the great Argentinian tango singer Carlos Gardel (1890-1935), Collier traces his rise from very modest beginnings to become the first genuine “superstar” of twentieth-century Latin America. In his late teens, Gardel won local fame in the barrios of Buenos Aires singing in cafes and political clubs. By the 1920s, after he switched to tango singing, the songs he wrote and sang enjoyed instant popularity and have become classics of the genre.  He began making movies in the 1930s, quickly establishing himself as the most popular star of the Spanish-language cinema, and at the time of his death Paramount was planning to launch his Hollywood career.

Collier's biography focuses on Gardel's artistic career and achievements but also sets his life story within the context of the tango tradition, of early twentieth-century Argentina, and of the history of popular entertainment.

“Fifty years after his death, Gardel is still an idol. The phenomenon has been thoroughly investigated by Simon Collier . . . who has come up with what is arguably the best biography even written of the star of tango. . . . a remarkable book.”
—New York City Tribune

“A thoroughly enjoyable volume significant to students of Latin American popular culture, to fans of Carlos Gardel and the tango, and to the understanding of twentieth-century Argentina. . . . This biography explains what the magic was all about.”
—The Times of the Americas

Simon Collier was reader in history at the University of Essex, England.
Loading...
or support indie stores by buying on