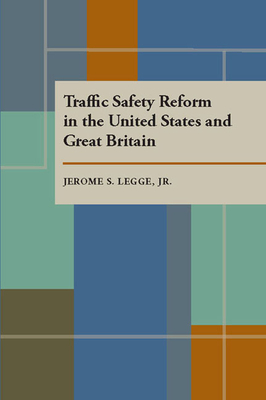 Traffic Safety Reform in the United States and Great Britain

Recently, there has been a renewed concern with highway safety, reflected in wide media coverage and new laws aimed at reducing highway deaths and injuries. Legge examines three initiatives that have been studied only in isolation: stricter drinking-age laws, mandated use of seat belts, and deterrents to drunk driving. His research covers three large industrial states-New York, California, and Michigan, as well as Great Britain, each of which uses a different mix of these initiatives. Using a combination of theory and research methodology, Legge tests a number of models on how traffic fatalities might be reduced and offers valuable suggestions for policy makers, researchers, and activists.

“Legge makes two important contributions to the literature. First, instead of analyzing single interventions, he considers the effects of several interventions adopted over time. Second, in a literature dominated by transnational data, Legge supplements his observations from Great Britain with data from California, Michigan, and New York.”
—Policy Currents

Jerome S. Legge, Jr. is associate dean of the School of Public and International Affairs at the University of Georgia.