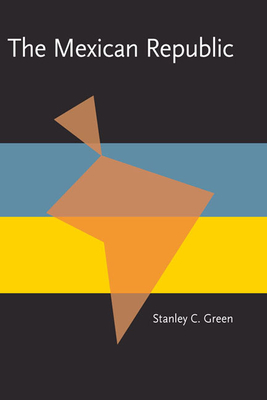 Green offers a colorful acccount of the first decade of Mexican independence from Spain. He views the failed attempt to establish a strong republic and the subsequent civil war that plagued the young nation. From this first decade, two polarized factions emerged, one federalist and populist, the other attempted to keep much of the old order of authroitarianism  and church power established under colonialism. The were to be called the Liberals and the Conservatives, who would vie for power over the next century.

“An impressive history of the early Mexican Republic. . . .The vagaries of everyday life are examined in a fascinating chapter that should illustrate many college-level lectures. In short, a valuable addition to Mexican studies.”
—Latin America in Books

“An impressive attempt to explain the chaotic early years of independent Mexico. . . . The work is based on extensive use of primary and secondary sources, and it is clearly written.”
—Southwestern Historical Quarterly

“[Green] has written a narrative history, melding nineteenth-century accounts with modern monographs and his own sampling of archival records to provide an updated 'panoramic view' of Mexico from A to Z. . . . . In between are descriptions of major cities, regional economies, the class system, social customs, education, the press, government and ecclesiastical structures, and-the bulk of the work-the complicated political events of the decade.”
—Hispanic American Historical Review

Stanley C. Green is professor of history at Texas A&M International University.
Loading...
or support indie stores by buying on