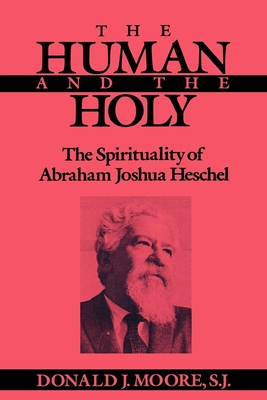 The Human and the Holy

The Spirituality of Abraham Joshua Heschel

No Jewish thinker of the middle half of this 20th century has left such an indelible mark upon his times as has Abraham Joshua Heschel. A distinguished professor at the Jewish Theological Seminary in New York from 1945 until his death in 1972, Rabbi Heschel sought in both his writing and teaching to expose the depth and meaning of Judaism along with its relevance to our contemporary world, and in a special way to contemporary Christianity.

Rabbi Heschel was also in the forefront of the great human concerns of his day. He dealt with the problems of the young and of the elderly at two White House Conferences; he marched with Dr. Martin Luther King Jr., and lead protests against American policy in Vietnam, participating in numerous civil rights marches and peace rallies. He worked tirelessly for the betterment of Jewish-Christian relations and played a key role in the deliberations of Vatican II. The Human and the Holy provides a fascinating overview of the spirituality of Rabbi Heschel, underscoring its meaning for both Jew and Christian. For as Heschel's spirituality makes abundantly clear, Jews and Christians share much on a religious, personal, and social level, while shedding greater light on the roots and challenges of their own particular faith tradition.

Donald J. Moore, S.J., is a founding member of the Rainbow Group, an organization of theologians in the New York area who are engaged in Jewish-Christian dialogue.
Loading...
or support indie stores by buying on