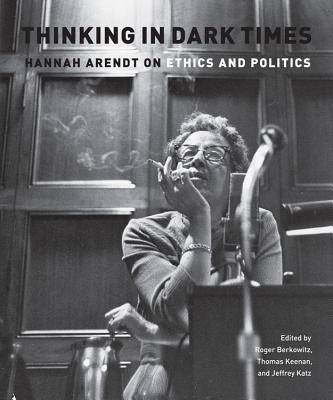 Hannah Arendt on Ethics and Politics

Hannah Arendt is one of the most important political theorists of the twentieth century. In her works, she grappled with the dark events of that century, probing the nature of power, authority, and evil, and seeking to confront totalitarian horrors on their own terms. This book focuses on how, against the professionalized discourses of theory, Arendt insists on the greater political importance of the ordinary activity of thinking. Indeed, she argues that the activity of thinking is the only reliable protection against the horrors that buffeted the last century. Its essays explore and enact that activity, which Arendt calls the habit of erecting obstacles to oversimplifications, compromises, and conventions. Most of the essays were written for a conference at Bard College celebrating the 100th anniversary of Arendt's birth. Arendt left her personal library and literary effects to Bard, and she is buried in the Bard College cemetery. Material from the Bard archive--such as a postcard to Arendt from Walter Benjamin or her annotation in her copy of Machiavelli's The Prince--and images from her life are interspersed with the essays in this volume. The volume will offer provocations and insights to Arendt scholars, students discovering Arendt's work, and general readers attracted to Arendt's vision of the importance of thinking in our own dark times.