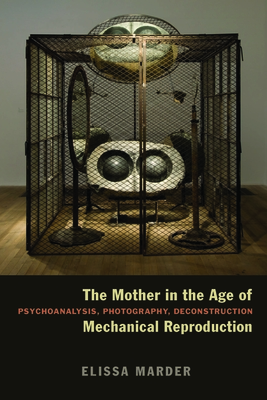 The Mother in the Age of Mechanical Reproduction (Paperback)

This book grows out of a longstanding fascination with the uncanny status of the mother in literature, philosophy,
psychoanalysis, film, and photography. The mother haunts Freud's writings on art and literature, emerges as an obscure stumbling block in his metapsychological accounts of the psyche, and ultimately undermines his patriarchal
accounts of the Oedipal complex as a foundation for human culture. The figure of the mother becomes associated with some of psychoanalysis's most unruly and enigmatic concepts (the uncanny, anxiety, the primal scene, the crypt, and magical thinking). Read in relation to deconstructive approaches to the work of mourning, this book shows how the maternal function challenges traditional psychoanalytic models of the subject, troubles existing systems of representation, and provides a fertile source for nonmimetic, nonlinear conceptions of time and space. The readings in this book examine the uncanny properties of the maternal function in psychoanalysis, technology, and literature in order to show that the event of birth is radically unthinkable and often becomes expressed through uncontrollable repetitions that exceed the bounds of any subject. The maternal body often serves as an unacknowledged reference point for modern media technologies such as photography and the telephone, which attempt to mimic its reproductive properties. To the extent that these technologies aim to usurp the maternal function, they are often deployed as a means of regulating or warding off anxieties that are provoked by the experience of loss that real separation from the mother invariably demands. As the incarnation of our first relation to the strange exile of language, the mother is inherently a literary figure, whose primal presence in literary texts opens us up to the
unspeakable relation to our own birth and, in so doing, helps us give birth to new and fantasmatic images of futures that might otherwise have remained unimaginable.

Elissa Marder is Associate Professor of French and Comparative Literature at Emory University and Distinguished International Faculty Fellow at the London Graduate School. Her most recent book is Dead Time: Temporal Disorders in the Wake of Modernity (Baudelaire and Flaubert).
or
Not Currently Available for Direct Purchase
Copyright © 2020 American Booksellers Association