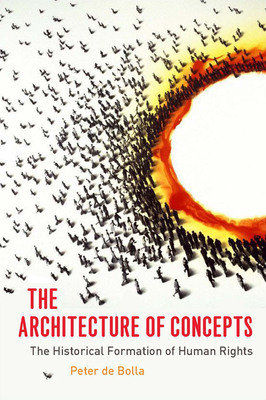 The Architecture of Concepts

The Historical Formation of Human Rights

The Architecture of Concepts proposes a radically new way of understanding the history of ideas. Taking as its example human rights, it develops a distinctive kind of conceptual analysis that enables us to see with precision how the concept of human rights was formed in the eighteenth century.

The first chapter outlines an innovative account of concepts as cultural entities. The second develops an original methodology for recovering the historical formation of the concept of human rights based on data extracted from digital archives. This enables us to track the construction of conceptual architectures over time. Having established the architecture of the concept of human rights, the book then examines two key moments in its historical formation: the First Continental Congress in 1775 and the publication of Tom Paine's Rights of Man in 1792. Arguing that we have yet to fully understand or appreciate the consequences of the eighteenth-century invention of the concept "rights of man," the final chapter addresses our problematic contemporary attempts to leverage human rights as the most efficacious way of achieving universal equality.

Peter de Bolla is Professor of Cultural History and Aesthetics at the University of Cambridge. His most recent books are The Fourth of July and the Founding of America and Aesthetics and the Work of Art co-edited with Stefan Uhlig.
Loading...
or
Not Currently Available for Direct Purchase