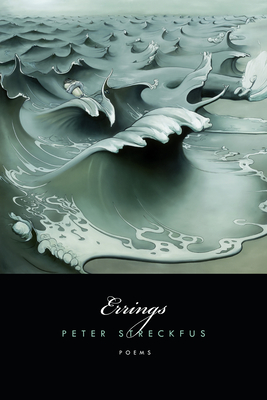 Spoken on the margin between death and birth, reading and writing, separation and union, the poems of Errings address the absent--a lost leader, a remote love, a protege not yet born--and across those distances delineate the motion of consciousness as it passes from one body to the next. "Videos of Fish," the opening sequence, speaks to the spirit of the poet's late father, adapting devices from Dante, Tibetan metaphysical
philosophy, and the biomechanics of the most primitive of vertebrate bodies, the fish, to envision paths of the disembodied soul. "How difficult it is to remain one person," the poet claims, echoing Czeslaw Milosz; in its progress between persons, the collection's regular shifts in mode and form include the purgatorian tercet,
the Japanese poetic diary, didactic verse, the Persian ghazal, the erasure, and the miniature.

THE READER
Experience among the waves allows one to limit the field. Each year he grew another soul, oblong, slightly pointed at the end, like
an oar, its surface turned to the light. Blacken now and lift your news into the air.