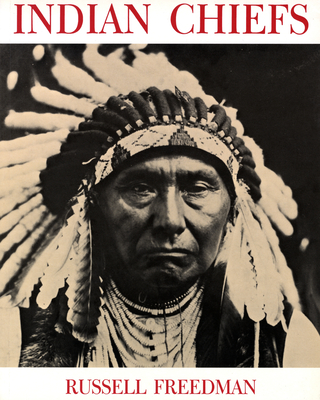 As pioneers began to head westward in the mid-1800s, they came in contact with the native inhabitants of those territories—a meeting that was often peaceful at first, until white settlers began to lay claim to the land and the United States government built forts to defend them.

It was up to the leaders of these western tribes to decide how to react—whether to cooperate peacefully, agreeing to live on ever-shrinking reservations granted to them, or to fight back and defend their right to the lands they'd always lived on.

Illustrated with numerous historical photographs and prints, Indian Chiefs tells the stories of six western chiefs who led their people through this turbulent time.  The biography focuses on Red Cloud of the Oglala Sioux, Satanta of the Kiowas, Quanah Parker of the Comanches. Washakie of the Shoshoni, Joseph of the Nez Perce, and Sitting Bull of the Hunkpapa Sioux.

Meticulously researched, this narrative account of the lives of these early leaders balances contemporary historical accounts with more recent reflections, focusing on the choices leaders made in these times of crisis and how these conflicts shaped our modern nation.