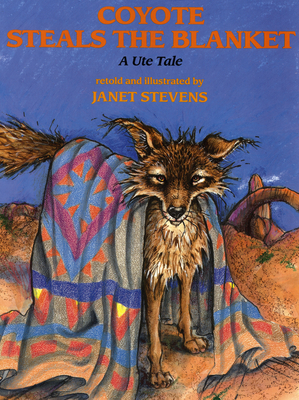 In this retelling of a Native American tale from the Ute people, Coyote learns the consequences of taking what isn't his and ignoring everyone's advice. It's only with the help of a wise hummingbird that he escapes a bad end.

Set in the canyonlands of the American south-west, Caledcott Honoree Janet Stevens' illustrations are kid friendly and action-packed. A great read-aloud to gently show kids that it's not a bad idea to listen to good advice and that it's wrong to take what isn't yours.

Janet Stevens is a Caldecott Honor-winning artist who has illustrated many beloved books for children, including the Anansi books by Eric A. Kimmel, along with Coyote Steals the Blanket : A Ute Tale, which she also wrote, and the Caldecott Honor book Tops and Bottoms. She lives in Colorado.
Loading...
or support indie stores by buying on