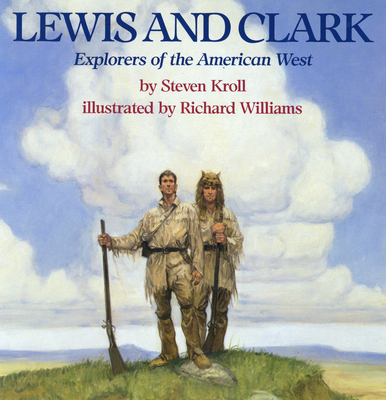 Explorers of the American West

The story of their two-and-a-half-year expedition.

Steven Kroll wrote his first story at the age of thirteen. He is now the author of many children's picture books, including Patches Lost and Found, Oh, Tucker!, The Biggest Pumpkin Ever, and Space Cats. He is also the author of John Quincy Adams: Letters from a Southern Planter's Son from Winslow Press's Dear Mr. President series. He and his wife, Kathleen Beckett, divide their time between New York City and Bucks County, Pennsylvania where he has written many of his books.

Richard Williams is a contributor for Holiday House Publishing, Inc. as illustrator titles including: "Lewis and Clark: Explorers of the American West."
Loading...
or support indie stores by buying on