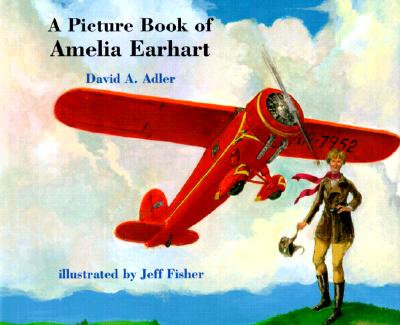 When Amelia Earhart was eleven, she saw her first airplane. At the time she thought it was "not at all interesting." Despite this beginning, Amelia would go on to become one of the most famous aviators of her day. Never conventional, she grew up playing football and later studied automobile-engine repair. But she was planning a career in medical research, when on Christmas Day, 1920, she took her first plane ride -- a ride that changed her life. She bought her first plane the following year, and by 1928 became the first woman to fly across the Atlantic Ocean. Amelia Earhart went on to have many more flying adventures, but perhaps her best known flight is the one from which she never returned. When she disappeared mysteriously, Amelia Earhart was considered a hero.

Jeff Fisher (1955 - 2014) was a professional illustrator who made his picture book debut with A Picture Book of Amelia Earhart. He lived with his family in New York.
or
Not Currently Available for Direct Purchase
Copyright © 2020 American Booksellers Association