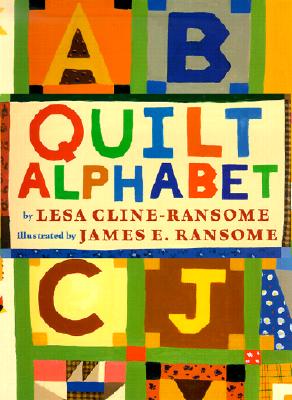 From apples to cows, kettles to scarecrows, warm country images abound in this delightful alphabet poem.

Lesa Cline-Ransome and James Ransome have collaborated on many award-winning picture books for children. These include Satchel Paige, which was an ALA Best Book for Children and Words Set Me Free: The Story of Young Frederick Douglass, which received starred reviews in Booklist and School Library Journal. The Quilt Alphabet was praised as "A blue-ribbon ABC book that combines bright, folksy oil paintings and lilting riddle-poems," in a starred review in Publishers Weekly and called "a feast for the eyes" in School Library Journal. They live in the Hudson River Valley region of New York.
Loading...
or
Not Currently Available for Direct Purchase