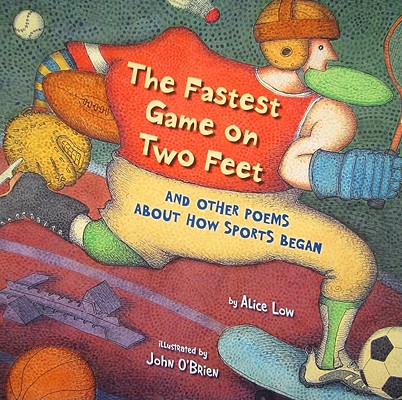 The Fastest Game on Two Feet

And Other Poems About How Sports Began

Have you ever wondered how your favorite sport began? Basketball got its start when a&nbsp;physical education instructor invented a new game for bored students. The original soccer ball might have been a skull! The history of other sports is just as surprising--bowling was part of an early religious ritual; lacrosse games used to stretch for miles and last for days; and the king of France once outlawed tennis because it was a gambling game!Alice Low's witty poems, vividly ilustrated by John O'Brien's uproarious cartoons, hit a true home run for readers.

John O'Brien is a cartoonist whose work appears in The New Yorker, The New York Times, The Washington Post, and other publications. He is the creator of many children's picture books and the illustrator of many more, including Red, White, Blue, and Uncle Who? by Teresa Bateman. He lives in New Jersey.
Loading...
or
Not Currently Available for Direct Purchase