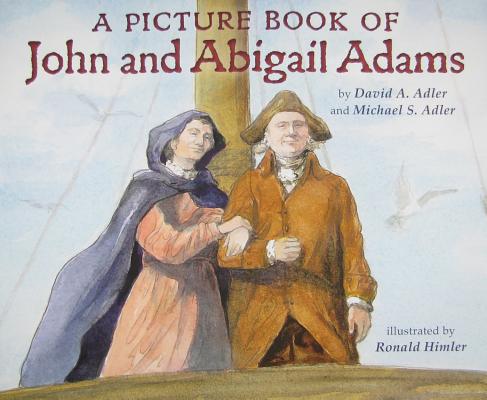 John Adams was an American patriot and Founding Father, and Abigail, his wife, was his most trusted adviser for more than fifty years. While John served in both Continental Congresses, Abigail managed their farm within earshot of cannon fire. She later advised her husband through amusing letters as he served as our first ambassador to Great Britain. And when John was elected America's first vice president and our second president, Abigail vowed to be his "fellow Laborer"--and she steadfastly lived up to her promise.

David A. Adler and Michael S. Adler have collaborated on several biographies, including A Picture Book of Cesar Chavez, which Kirkus Reviews called "a sturdy, worthwhile addition to the series." They both live in the New York City metropolitan area.

Ronald Himler has illustrated more than a hundred books for children, including several books in the Picture Book Biography series. He lives in Arizona.
Loading...
or
Not Currently Available for Direct Purchase