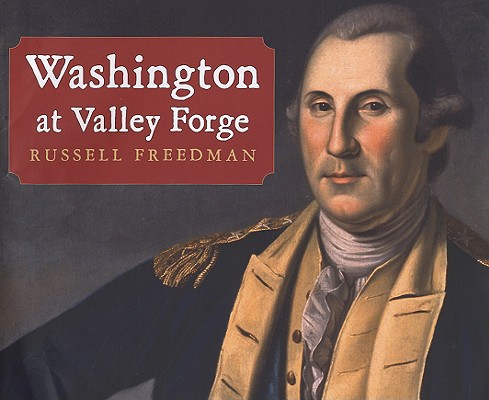 Starvation, hypothermia, and a loss of all hope. These are the circumstances George Washington and his troops faced at Valley Forge--and it's what would make them legends, too.

Newbery Award-winning author Russell Freedman applies his renowned storytelling skills to examine this pivotal moment in the Revolutionary War in which the nation's future leader would be greatly tested.

Impeccably sourced with gorgeous reproductions of engravings, paintings, and more, this NCTE Orbis Pictus Honor Book is "Another stunning work from the nonfiction virtuoso," according to School Library Journal.

Russell Freedman (1929-2018) transformed non-fiction for children through his insightful narrative, comprehensive research, careful selection of photographs, and deep understanding of his subject matter. He was well known for his riveting biographies and masterful accounts of the history of the United States. One of the most honored writers for children, his many awards include the Newbery Medal, three Newbery Honor Medals, the Laura Ingalls Wilder Award, the May Hill Arbuthnot Honor Lecture Award and a National Humanities Medal. Major works include Freedom Walkers; Lincoln: A Photobiography; Because They Marched; The Wright Brothers: How They Invented The Airplane; Vietnam: A History of the War.
or
Buy Here
Copyright © 2020 American Booksellers Association