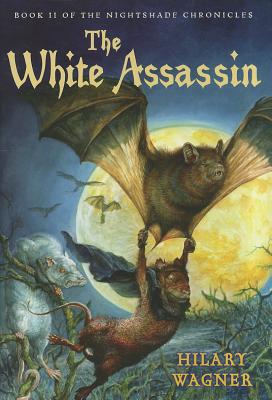 Book II of the Nightshade Chronicles

Book II of the Nightshade Chronicles begins three years after Juniper and his rebel band liberated the Catacombs from Billycan's vicious control and established the democratic Nightshade City. A sense of peace has settled over Nightshade, but it is a false one. Billycan, the White Assassin, has been found deep in the southern swamps, where he now rules a horde of savage rats eager to overrun Nightshade City. With the help of an ancient colony of bats and an uneasy alliance with the swamp snakes, Juniper and his council set out to thwart Billycan's plans. When a shocking secret is revealed, everything changes. The fate of Nightshade City and the life of Juniper's only son depend on Juniper's decision: should he help his mortal enemy? The past resurfaces with devastating impact in this sequel to Nightshade City, a dark tale of intrigue, deception, and betrayal. ***FOR A LIMITED TIME ONLY, get the e-book edition of NIGHTSHADE CITY, Book I of the Nightshade Chronicles FREE on this website!***

Hilary Wagner lives in the Chicago suburbs. Her first book, Nightshade City, was called "a good story well-told" by Kirkus Reviews, which also said, "Fans of Suzanne Collins's Underland Chronicles and Brian Jacques's Redwall series will enjoy this fast-paced adventure." Visit her website at www.nightshadecity.com.
Loading...
or
Not Currently Available for Direct Purchase