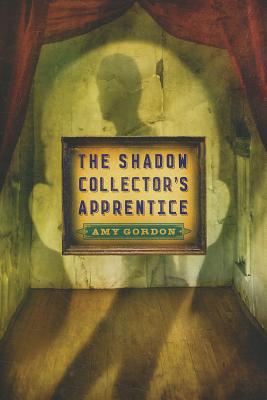 Fans of Holly Horvath and Kate DiCamillo will love this warm, eccentric, and enchanting middle-grade novel. Peculiar things are going on in the town of Medley over the summer of 1963, but it's hard for twelve-year-old Cully Pennyacre to figure out what it all means. His father has disappeared mysteriously, people don't seem like themselves, and his apprenticeship at Betty's Attic antique store gets stranger each day. The owner has a disturbing hobby of collecting people's shadows with a weird projectorlike machine and foul-smelling chemicals. He claims the process is harmless, but it leaves his victims listless and passive. Odd happenings become the norm as Cully, Batty's granddaughter Isabel, and Cully's best friend band together to get to the bottom of a secret black market in human shadows.

Amy Gordon's The Gorillas of Gill Park appeared on the Texas Bluebonnet Award Master List and was a Bank Street Best Children's Book of the Year. Her most recent novel, The Shadow Collector's Apprentice, which School Library Journal called "well thought out" and "filled with rustic charm," was nominated for the William Allen White Award. Amy Gordon lives in western Massachusetts.
Loading...
or
Not Currently Available for Direct Purchase