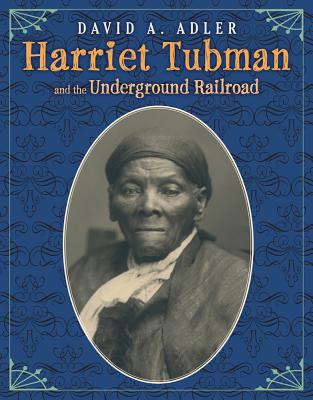 Harriet Tubman and the Underground Railroad

Born a slave, Harriet Tubman was determined not to remain one. She escaped from her owners in Maryland in 1849 and then fearlessly returned thirteen times times to help guide family members and others to freedom as the most famous conductor of the Underground Railroad. Her bravery served her well in the Union army, where she was a cook , a nurse, and a spy. During and after the war, she helped hundreds of freed slaves begin new lives, founded a home for elderly former slaves, and became active in the women's suffrage movement. Illustrated with pictures and photographs and filled with excerpts from primary sources, this is a thrilling and accurate telling of her life and accomplishments.

David A. Adler is the author of many critically hailed biographies for children, including the best-selling Picture Book Biography series. He lives in the New York City metropolitan area. You can visit his website at www.davidaadler.com.
Loading...
or
Not Currently Available for Direct Purchase