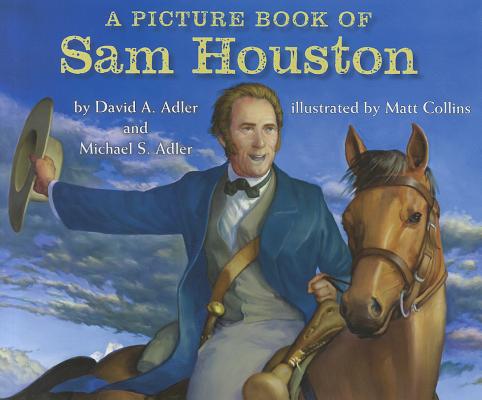 Sam Houston was a teacher, a lawyer, a war hero, and statesman. He is best known for defeating the Mexican Army in 1836 and establishing Texas as an independent nation. He served two terms as the president of the Republic of Texas and helped Texas to become the twenty-eighth state.

Matt Collins has illustrated numerous picture books for children. His art has also appeared in the New York Times, the Washington Post, and Sports Illustrated for Kids, among other publications. Visit his website at www.mattcollins.com.
or
Not Currently Available for Direct Purchase
Copyright © 2020 American Booksellers Association