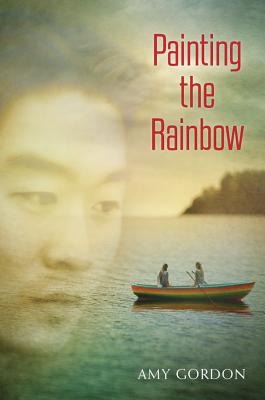 Thirteen-year-old Holly and her cousin Ivy have always been close; but this summer, 1965, at the annual month-long reunion at their grandparents' lake house, the girls seem to be growing apart. Although they spend hours together painting an old rowboat the colors of the rainbow, they don't talk about things that are important . . . until they accidentally discover hidden family letters and drawings dating back to World War II. Uncovering the mystery of a ghost-like boy named Kiyo leads the girls to the many subjects no Greenwood adult will discuss, such as their uncle Jesse and his death during the war. In this insightful and expressive novel about complicated family dynamics, two girls show their elders that with honesty, courage, and empathy even old wounds can be healed.

Amy Gordon's The Gorillas of Gill Park appeared on the Texas Bluebonnet Award Master List and was a Bank Street Best Children's Book of the Year. Her most recent novel, The Shadow Collector's Apprentice, which School Library Journal called "well thought out" and "filled with rustic charm," was nominated for the William Allen White Award. Amy Gordon lives in western Massachusetts.
or support indie stores by buying on
(This book is on backorder)
Copyright © 2020 American Booksellers Association