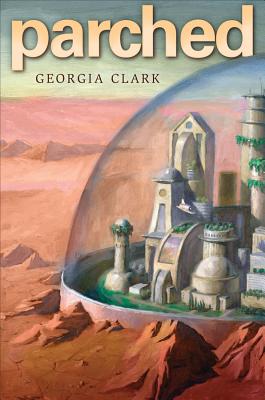 In sixteen-year-old Tessendra Rockwood's world, natural resources are at an all-time low. Most of the remaining supplies are funneled into Eden, known as the "powerful city of shining abundance," while citizens of the Badlands eat gelatinous gray porridge and drink reddish iron water. Tess was born an Edenite, but after the death of her scientist mother she decides to combat this inequality by joining a rebel group called Kudzu. Together they uncover a shocking government plot to carry out genocide in the Badlands using artifical intelligence. Unofrtunately, Tess has some complicated ties to the project that test her loyalty. Robots, renewable resources, and romance get tangled together as Tess risks her life to bring justice to Eden.

Georgia Clark has worked as a teen and lifestyle journalist for more than ten years. Her articles have been featured in Girl's Life, Cosmo, and other publications. She lives in Brooklyn, New York and studies improv comedy at the Upright Citizens Brigade.
Loading...
or
Not Currently Available for Direct Purchase