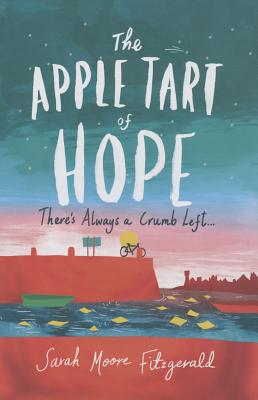 The Apple Tart of Hope

A People Magazine Best Children's Book of the Year

Fourteen-year-old Oscar Dunleavy is missing, presumed dead. His bike was found at sea, out past the end of the pier, and everyone in town seems to have accepted this as a teenage tragedy. But Oscar’s best friend Meg knows he isn’t dead. Oscar is an optimistic and kind boy who bakes the world’s best apple tarts; he would never kill himself, and Meg is going to prove it.

Through interwoven narratives, the reader learns what really happened to Oscar. Meg must confront the painful truth of Oscar’s past six months—and the possibility that he might really be gone. Surrounded by grief and confusion, she starts to put the pieces back together. This story of love and friendship reminds us to keep hope in our hearts.

For fans of The Thing About Jellyfish and kids who need a reminder that really, all you need is love.

★ "This touching novel is one to savor."—Booklist, Starred Review

★ "A quiet story that may be the tiny push that someone thinking of giving up needs to keep going. . . . Sweetly satisfying."—Kirkus Reviews, Starred Review

Praise For The Apple Tart of Hope…

* "Fully developed secondary characters . . . add richness and depth to this lyrically written tale, which explores themes of manipulation, self-discovery, hope, and love. . . . This touching novel is one to savor."—Booklist, Starred Review

* "While this is a sweet story of friendship and first love, it is also a road map for keeping hope alive. . . . Sweetly satisfying."—Kirkus Reviews, Starred Review

Sarah Moore Fitzgerald was born in New York, grew up in Dublin and lives in Limerick where she works as a professor. As a young child and in early adulthood, she wrote fiction constantly, furtively and under cover of darkness. She is the author of several books for young readers, including Back to Blackbrick. Follow her on Twitter @SMooreFitz
Loading...
or
Not Currently Available for Direct Purchase