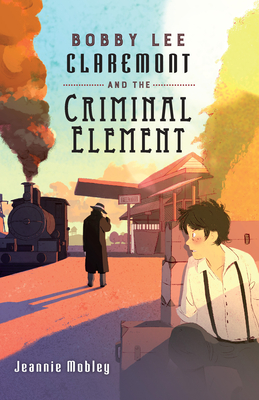 All aboard for a fast-paced, Jazz Age–era murder mystery set aboard a Chicago-bound train! It’s 1923, and thirteen-year-old Bobby Lee Claremont is leaving the Sisters of Charitable Mercy orphanage in New Orleans, certain a better life awaits in Chicago’s glamorous-sounding mob scene. But his plans unravel when he boards his train and meets the recently widowed Nanette O’Halloran, her two traveling companions, and a cop who suspects the trio of murdering Nanette’s husband. Bobby Lee is sure Nanette’s innocent. But what about her companions? As Bobby Lee digs for answers, he discovers the mob, Prohibition, segregation, and a famed jazz band are all pieces of an increasingly dangerous puzzle.

Praise For Bobby Lee Claremont and the Criminal Element…

"Like a speeding train, Mobley moves through the plot with direct intent. . . . Readers will find Bobby Lee to be an optimistic and idealistic hero they can relate to and root for. An action-packed story that will inform as much as it entertains."—School Library Journal

Jeannie Mobley is the author of acclaimed middle-grade novels Katerina's Wish, which received three starred reviews and won the Colorado Book Award, and Searching for Silverheels. She lives in Colorado, where she is a writer and a professor of anthropology.
Loading...
or
Not Currently Available for Direct Purchase