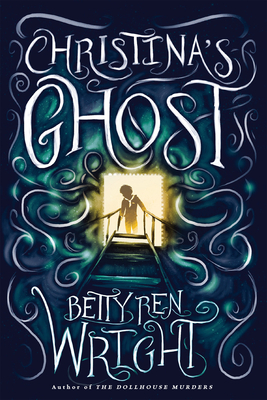 When the ghostly figure of a small, sad boy appears in her uncle's old house, Christina must figure out what he's trying to tell her—and how to help him—in this classic horror novel for young readers.

Ten-year-old Christina was looking forward to spending the summer on her grandmother's farm—not being stuck with her crabby uncle Ralph, in a dusty Victorian house that's "cozy as a tomb." But she's determined to stay busy, and stay out of her uncle's way. There's plenty she can do on her own—she just needs to find a project to focus on.

But when the ghost of a little boy appears, Christina begins to suspect that the house is full of secrets. Though the young apparition seems friendly, there's also something in the attic . . . something terrifying . . . something getting stronger every day.

Christina is strong-willed, clever, and independent—but that might not be enough to unravel the mysteries of this strange, creepy house, and the horrifying events that took place there.  Can she win over Uncle Ralph and convince him there's really something supernatural going on? Or will the malevolent presence in the attic get them first?

This classic ghost story, recipient of seven kids' choice state awards, including the Texas Bluebonnet Award, is back in print after many years with an updated jacket . . . and it's ready to chill a new generation of readers looking for an unforgettable mystery.

Betty Ren Wright (1927 - 2013) was the distinguished author of many award-winning books for young readers. In addition to her middle-grade mysteries, Wright also penned more than thirty-five picture books for children, including The Blizzard, which appeared on state award master lists and was a Bank Street Best Children's Book of the Year. In 2006 she was honored as a Notable Wisconsin Children's Author by the Wisconsin Library Association.
Loading...
or support indie stores by buying on
(This book is on backorder)