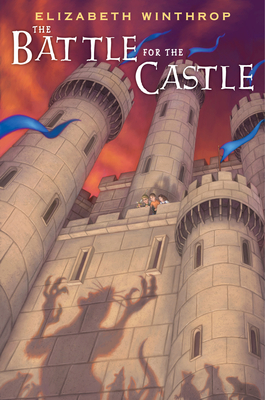 The Battle for the Castle

Return to the magical kingdom first introduced in the best-selling fantasy adventure novel The Castle in the Attic—an “accessible, well told, and entertaining” sequel (Kirkus Reviews)

It's been two years since William used a magical token to enter his model castle, fought a fire-breathing dragon, and defeated an evil wizard. He thought his adventures were over—until the magic medallion turns up again.

This time, twelve-year-old William decides to share the secret of the castle, and invites his best friend Jason to join him. Together, the boys enter the castle and ride out into the kingdom in search of Sir Simon, the Silver Knight, William's old friend.

But all is not well in this world—a mysterious ghost ship full of skeletons has washed ashore, and a plague of rats is terrorizing the countryside. As mysterious portents and chilling visions warn of disasters still to come, Jason and William will have to summon all their courage to save the kingdom—and make their way back home.

This sequel to The Castle in the Attic, a reader favorite for 35 years and nominee for 23 state awards, is filled with intrigue, danger, and acts of courage and heroism. Perfect for young fantasy fans and readers interested in the Medieval world, Elizabeth Winthrop's duo of novels is as thrilling today as when it was originally released.

Praise For The Battle for the Castle…

"Including just enough details of setting and character to give her story texture, Winthrop keeps it moving with some humor . . . Accessible, well told, and entertaining."—Kirkus Reviews

"This well-crafted story is a beautifully blended mixture of fantasy and adventure, with a forceful and thoughtful underlying theme of courage. Readers who have not read the first book will find this story satisfying on its own, and many may clamor for further adventures created through the powers of the small token."—Booklist

Praise for The Castle in the Attic:
"An absorbing fantasy . . . suspense and colorful details, as well as a gentle moral precept, make the story special."—Publishers Weekly

"A satisfying quest fantasy with a strong element of modern realism which will appeal to a wide range of readers."—School Library Journal

Elizabeth Winthrop is the author of more than sixty books, most of them for children. Her best-known work is The Castle in the Attic, which was nominated for twenty-three state awards and won the won the Dorothy Canfield Fisher Children's Book Award, the California Young Reader's Medal, and was named a Children's Choice by the International Reading Association. A great-grandniece of Theodore Roosevelt, Elizabeth lives in New York City.
Loading...
or
Not Currently Available for Direct Purchase