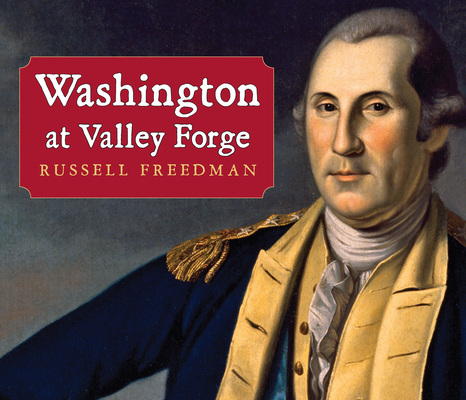 Starvation, hypothermia, and the loss of all hope-- at Valley Forge, George Washington and his troops faced seemingly insurmountable obstacles. In overcoming them, they became legends.

In this comprehensive volume, Newbery Award-winning author Russell Freedman applies his renowned storytelling skills to examine a pivotal moment in the Revolutionary War-- one in which the nation's future leader would be greatly tested.

A perfect complement to any lesson on the Revolutionary War, Washington at Valley Forge makes this historical moment feel immediate and all too real. A must-have for history buffs, students, and anyone interested in America's past. Impeccably sourced with gorgeous reproductions of engravings, paintings, and more, this NCTE Orbis Pictus Honor Book is now appearing in paperback for the first time. "Another stunning work from the nonfiction virtuoso," says School Library Journal.