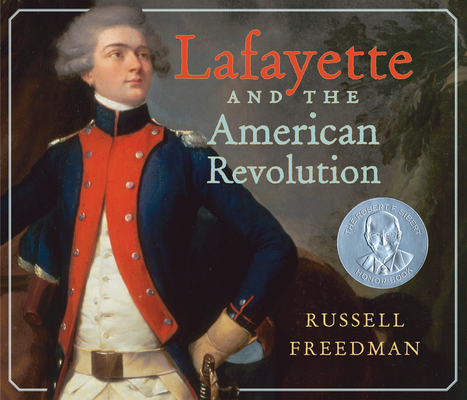 Lafayette and the American Revolution

When the Marquis de Lafayette ran off to join the American Revolution against the explicit orders of the king of France, he was a strong-willed nineteen-year-old who had never set foot on a battlefield. Although the U.S. Congress granted him an honorary commission only out of respect for his title and wealth, Lafayette quickly earned the respect of his fellow officers with his bravery, devotion to the cause of liberty, and incredible drive.Playing a pivotal role in the Revolution, Lafayette convinced the French government to send troops, made crucial pacts with Native Americans, and lead his men to victory at Yorktown. This thrilling account of a daring soldier will fascinate young historians. Source notes, bibliography, time line, index.

Russell Freedman is well known for his riveting biographies and masterful accounts of the history of the United States. One of the most honored writers for children, Russell Freedman has been honored with the Newbery Medal, three Newbery Honor Medals, the Laura Ingalls Wilder Award, the May Hill Arbuthnot Honor Lecture Award, and a National Humanities Medal. He travels widely but makes his home in New York City.
Loading...
or
Not Currently Available for Direct Purchase