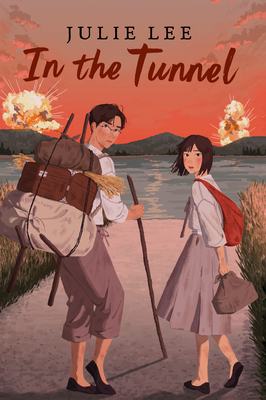 Trapped in an enemy tunnel, a young refugee experiences the Korean War firsthand in this searing story of survival, loss, and hope, a companion to the Freeman Award-winning novel Brother’s Keeper.

Myung-gi knows war is coming: War between North and South Korea. Life in communist North Korea has become more and more unbearable—there is no freedom of speech, movement, association, or thought—and his parents have been carefully planning the family’s escape.

But when his father is abducted by the secret police, all those plans fall apart. How can Myung-gi leave North Korea without his dad? Especially when he believes that the abduction was his fault?

Set during a cataclysmic war which shaped the world we know today, this is the story of one boy’s coming-of-age during a time when inhumanity, lawlessness, and terror reigned supreme. With only each other, Myung-gi, his mother, and his twelve-year-old sister Yoomee do everything they can to protect one another. But gentle, quiet, bookish Myung-gi has plans to find his father at any cost—even if it means joining the army and being sent to the front lines, where his deepest fears await him.

Julie Lee, a marketer-turned-writer, lives in an Atlanta suburb with her three children and her husband. A first-generation American, her mother escaped North Korea during the Korean War and later immigrated to the United States. Julie studied history at Cornell before working in advertising in Manhattan, eventually relocating to the South.
Loading...
or support indie stores by buying on