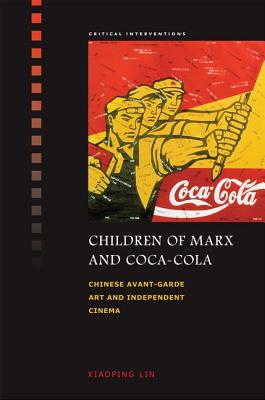 Children of Marx and Coca-Cola (Hardcover)

Children of Marx and Coca-Cola affords a deep study of Chinese avant-garde art and independent cinema from the mid-1990s to the beginning of the twenty-first century. Informed by the author's experience in Beijing and New York--global cities with extensive access to an emergent transnational Chinese visual culture--this work situates selected artworks and films in the context of Chinese nationalism and post-socialism and against the background of the capitalist globalization that has so radically affected contemporary China. It juxtaposes and compares artists and independent filmmakers from a number of intertwined perspectives, particularly in their shared avant-garde postures and perceptions.

Xiaoping Lin provides illuminating close readings of a variety of visual texts and artistic practices, including installation, performance, painting, photography, video, and film. Throughout he sustains a theoretical discussion of representative artworks and films and succeeds in delineating a variegated postsocialist cultural landscape saturated by market forces, confused values, and lost faith. This refreshing approach is due to Lin's ability to tackle both Chinese art and cinema rigorously within a shared discursive space. He, for example, aptly conceptualizes a central thematic concern in both genres as postsocialist trauma aggravated by capitalist globalization. By thus focusing exclusively on the two parallel and often intersecting movements or phenomena in the visual arts, his work brings about a fruitful dialogue between the narrow field of traditional art history and visual studies more generally.

Children of Marx and Coca-Cola will be a major contribution to China studies, art history, film studies, and cultural studies. Multiple audiences--specialists, teachers, and students in these disciplines, as well as general readers with an interest in contemporary Chinese society and culture--will find that this work fulfills an urgent need for sophisticated analysis of China's cultural production as it assumes a key role in capitalist globalization.