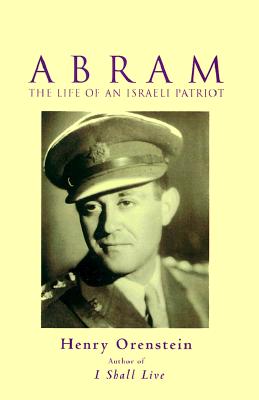 The Life of an Israeli Patriot

This is a biography of a young man who is not really sure what to do with his life, who gets thrown into the whirlwind of World War II and only then learns about life, about courage, and about honor. A boy, who grows up in poisonous, anti-Sematic surroundings in Poland, he travels to Palestine and unexpectedly finds a purpose in life. then everything changes for Abram with the outbreak of World War II. He joins the British Army as a private and a sequence of incredible events follow- he serves in the suicide comando and is court-martialed for hitting a British Sargeant Major. After the war ends, Abram, now a major in the British Army, organizes the transport of tens of thousands of concentration camp survivors to Palestine. he does this right under the noses of British intelligence, and is later detained for months while being investigated. Finally, the story moves on to the War of Independence in Palestine, where Abram plays a critical part in establishing a secret road to supply the surrounded Jerusalem Jews- saving them from the Arabs. Abram tells of his fight with Prime Minister Ben-Gurion and its consequences. The incredible saga of Abram plays out against the stark reality of World War II and its aftermath. It will no doubt leave an indelible impression on the reader.

Orenstein is a philanthropist, inventor, entrepreneur and holocaust survivor. After surviving much of World War II in various concentration camps, Orenstein became a toymaker, convincing Hasbro to produce Transformers. He holds over 100 other patents, including the hidden poker camera. He is the creator of poker tournaments and TV shows and is in the Poker Hall of Fame.
Loading...
or
Not Currently Available for Direct Purchase