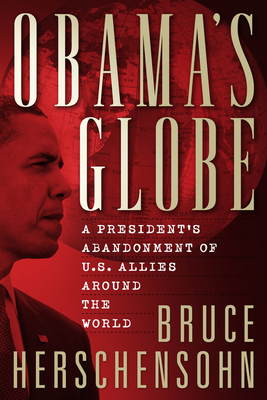 A President's Abandonment of US Allies Around the World

The international relations of the United States has changed radically from what had been U.S. foreign policy for decades under presidents from both major political parties. Those were times in which people around the world could count on Presidents of the United States to treat the U.S.A.'s friends as friends and adversaries as adversaries.The book makes no predictions other than the obvious: on January the 20th of 2013 there will be an inaugural ceremony above the west steps of the U.S. Capitol Building.  It might be the Second Inaugural of Barack Obama or it might be the First Inaugural of someone else.Either way, that elected leader will be a War-Time President.

Bruce Herschensohn is a fixture in American politics. He has received the Distinguished Service Medal, served as Deputy Special Assistant to President Nixon, and was appointed to the Reagan Transition Team. Since 1998 he has taught at the School of Public Policy at Pepperdine University where he has been Chairman of the Board, and is currently a Senior Fellow.