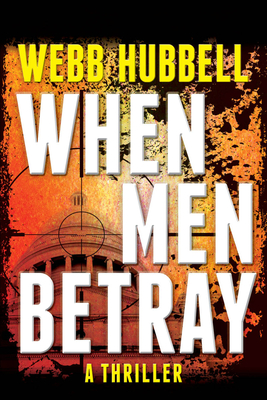 Why would Woody Cole, a peaceful, caring man, shoot a US Senator in cold blood on live television? That's the mystery facing attorney Jack Patterson as he returns to Little Rock, Arkansas, a town he swore he would never step foot in again.     When Men Betray is the first book of fiction from author, lecturer, and political insider Webb Hubbell. A departure from his previous book, Friends in High Places, an account of his rise and fall in Little Rock, Hubbell crafts a deft narrative of mystery and political intrigue. Set in a fictionalized version of his home town of Little Rock, Arkansas, readers will be immersed into the steamy world behind the southern BBQ and antebellum facade-a seedy underbelly of secrets and betrayals. Clever readers may recognize the colorful personalities and locales of the Arkansas political scene.    Jack is supported by a motley but able crew; loyal assistant Maggie, college-aged daughter Beth, feisty lawyer Micki, and his bodyguard Clovis. Together, Jack and his rag-tag team are in a race against time to discover Woody's hidden motive. All he has is a series of strange clues, hired thugs gunning for him, and the one man who knows everything isn't talking. Alliances are tested, buried tensions surface, and painful memories are relived as he tries to clear the name of his old college friend. Jack Patterson will find that even the oldest friendships can be quickly destroyed when men betray