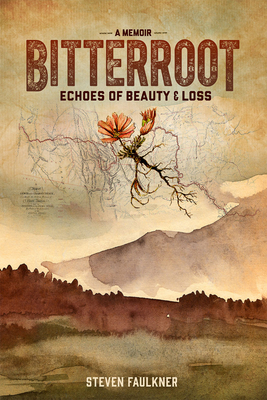 Using the letters of the 19th-century explorer Pierre Jean De Smet, Steven Faulkner and his eighteen-year-old son, Alex, follow De Smet across the High Plains to the fur trappers’ rendezvous on the Green River, then on to the Lewis and Clark Trail. Lewis and Clark take them over the Rockies (a part of their journey that almost killed the explorers) into the homeland of the Nez Perce whose fate (recorded by a young warrior named White Thunder) is strangely tied to these emissaries from the east.

By road, foot, mountain bike, and canoe, Steven and Alex experience the vast landscape and try to capture an understanding of the Wild Northwest, an understanding supported by many chance encounters with modern residents: Bubba, the LA gangster taking refuge in Idaho’s mountains; Jean, the retired school teacher who has a visceral hatred of the EPA; Mary the dog trainer who fought the Forest Service for ten years and won—losing $100,000 in the process; the Knife Lady who is raising nine kids in a blue school bus; the combative waitress who misinforms us about the Chinese Massacre of Rock Springs; the drug-addicted boy whose search for his father finds an unexpected ending.

Steven Faulkner grew up in the Sudan and Ethiopia in Africa, and later in Arkansas and Kansas. After dropping out of college, he married, had children, and worked a variety of jobs: driving  dump trucks and concrete mixers, carpet cleaning, roofing, newspaper and doughnut delivery, and spent fourteen years as a carpenter.

He returned to school and acquired the necessary degrees from the University of Kansas and now teaches Creative Writing at Longwood University in southern Virginia.

His previous book Waterwalk: A Passage of Ghosts has been made into a movie starring Hollywood actor Robert Cicchini and has been released across the United States and Canada and is now available on DVD.  Faulkner has published essays in many literary journals and magazines including: North American Review, Fourth Genre, Southwest Review, Shenandoah Review, DoubleTake, and Wisconsin Trails Magazine. His work has been noted in Best American Essays and anthologized in Beacon’s Best.