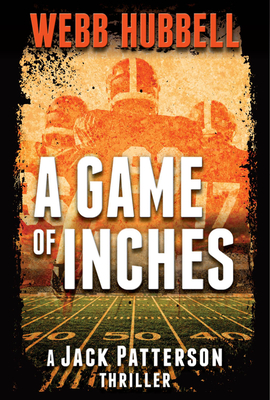 A Game of Inches

Billy Hopper’s life is pretty damn good.  He’s a wide receiver for the Los Angeles Lobos and he’s just been named Rookie of the Year.  But he’s about to lose it all. On a frigid March morning at the Mayflower Hotel in Washington, D.C., Billy wakes up to find that he’s been sleeping with a dead girl.  And now he’s got her blood on his hands—literally.  But he’s also got Jack Patterson: a D.C. lawyer who’s determined to get to the bottom of the murder and prove Billy’s innocence. There’s only one problem. They’re at war with a powerful, sinister man, and the people closest to Jack are in the line of fire. Can Jack and his team solve this case before his family pays the ultimate price?  This latest Jack Patterson thriller exposes the underbelly of the NFL and the role of big money in shady D.C. politics. Believe it or not, murder is just the tip of the iceberg.