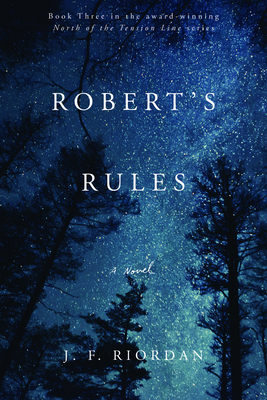 As the new Chairman of the Town Board, Fiona Campbell finds that life has become a series of petty squabbles, dull meetings, and papers everywhere, all complicated by her guardianship of the as yet unidentified screaming goat. In desperation, she hires an unknown newcomer, the compulsively orderly Oliver Robert, to run her office and keep her organized.

Roger’s fame as an idiosyncratic yoga practitioner continues to spread, and he and Elisabeth are looking for a new location to accommodate the growing crowds at their tiny coffee shop. Ferry Captain and poet Pali has an offer to leave the Island, and wonders whether it is time to introduce his son, Ben, to the larger world. Meanwhile, the Fire Chief is threatening to quit, and Fiona finds herself faced with an Island controversy and an unwanted set of new responsibilities.

As Pete Landry prepares to leave for one of his regular journeys, Fiona begins to suspect that his life may be more than it seems. His secrecy raises doubts in her mind about whether he can be trusted, and their breakup plunges her into grief.  The reliable Jim, always nearby, is all too ready to offer comfort.

Robert’s Rules is Book Three in the award-winning North of the Tension Line series, set on a remote island in the Great Lakes. Called a modern-day Jane Austen, author J.F. Riordan creates wry, engaging tales and vivid characters that celebrate the well-lived life of the ordinary man and woman.

J.F. Riordan was born in New Jersey and first moved to Michigan, then Wisconsin as a child. At the age of 14 she decided to become an opera singer, and was fortunate in the aftermath to have been able to sing. At 16, after two years of high school, she went to the University of New Mexico to study voice, continued her music studies in Chicago and Milwaukee, and ultimately became a professional singer. Homesick after years of travel, she came home to the Midwest, finished her college degree, and became certified to teach high school. She taught for three years in the inner city before taking a position as a program officer for a foundation. She lives in exile from Washington Island with her husband and two dogs. North of the Tension Line is her first novel.