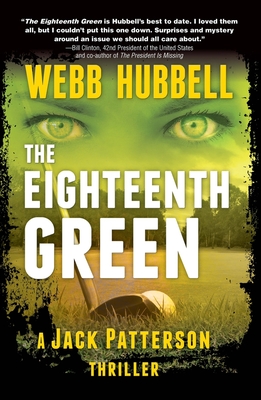 Who was Harold Spencer?  All D.C. Lawyer Jack Patterson knew was that Spencer’s dead body had been found on the 18th Green of Columbia Country Club, cancelling Jack’s Saturday golf game.

Who is Rachel Goodman? Her name has been plastered on the front page of every newspaper in the country for weeks, branded as a thief of confidential info vital to U.S. National Security and a spy for Israel. She is also the daughter of Jack’s long-time friend and mentor, Ben Jennings.

Despite the opposition, Jack feels compelled to defend Rachel. He goes to work against the government, the all-powerful military-industrial complex, most of the press and Congress, all of whom are convinced that Rachel is guilty and should receive the death penalty for her treason.

Clovis Jones, Jack’s friend, is the victim of a vicious attack. The more Jack digs, the more complicated and dangerous his work becomes. Even a volunteer group of Navy SEALs may not be enough protection.

Jack discovers the key to Rachel’s exoneration lies with Harold Spencer, the man found dead on the 18th Green. Jack rushes to discover who killed Spencer and why, but the murderer has now trained his sights on Jack and will stop at nothing.