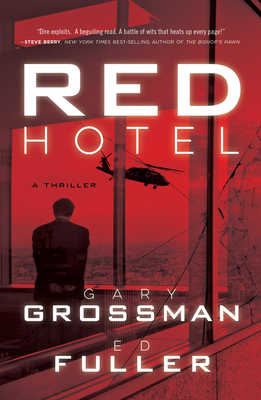 When a bomb rips the façade off the Kensington Hotel in Tokyo, dozens are killed and injured while one man walks calmly away from the wreckage, a coy smile playing on his lips. Former Army intelligence officer Dan Reilly, now an international hotel executive with high level access to the CIA, makes it his mission to track him down. He begins a jet-setting search for answers as the clock ticks down to a climactic event that threatens NATO and the very security of member nations. Reilly begins mining old contacts and resources in an effort to delve deeper into the motive behind these attacks, and fast. Through his connections he learns that the Tokyo bomber is not acting alone. But the organization behind the perpetrator is not who they expect. Facilitated by the official government from a fearsome global superpower, the implications and reasons for these attacks are well beyond anything Reilly or his sources in the CIA and State Department could have imagined, and point not to random acts of terror, but calculated acts of war. RED Hotel is an incredibly timely globe-trotting thriller that’s fiction on the edge of reality.

"If you enjoy Cold War-era spy novels but want the thrill and pressure of current affairs, then RED Hotel is the perfect book for you." —Donna Huber, Girl Who Reads

Feature article about authors and book. —The Big Thrill, http://www.thebigthrill.org/2019/03/up-close-ed-fuller-and-gary-grossman/

"An original and deftly crafted novel from its first inherently riveting page to it's cliff-hanger of an ending, RED Hotel is an incredibly timely globe-trotting thriller that's fiction on the edge of reality." —Midwest Book Review

"In an inherently riveting plot that could well be ripped from tomorrow's newspaper headlines, RED Hotel showcases the effective collaboration between co-authors Gary Grossman and Ed Fuller." —Wisconsin Bookwatch

Ed Fuller is a hospitality industry leader, educator, and best-selling author of the international Top 20 bestselling business book, You Can’t Lead with Your Feet on the Desk, published by Wiley. He is President of the Irvine, California-based Laguna Strategic Advisors, a global consortium that provides business consulting services to corporations and governments. Fuller is also Director of the Federal Bureau of Investigators National Academy Associates Foundation Board (FBINAA). His 40 year career in the industry was capped by his role as President & Managing Director of Marriott International for 22 years. As worldwide chief, he directed and administered corporate expansion by 551 hotels in 73 countries and eight billion dollars in sales. During that time he oversaw the creation of Marriott International’s Global Security Strategy. Ed Fuller served as a Captain in the US Army in Germany and Vietnam and was decorated with a Bronze Star and Army Commendation medals.

Gary Grossman is a multiple Emmy Award winning television producer and author of the international political thrillers Executive Actions, Executive Treason, Executive Command, Executive Force, and Old Earth. He has also written two highly regarded non-fiction books on TV history. Grossman has been published by Dell/Delacorte, Byron Preiss Publishing, Diversion Books, Harlequin, Arlington House, and CBS/Popular Library. He has worked for NBC News, served as a columnist for the Boston Herald American, written for the Boston Globe and the New York Times. Grossman is Contributing Editor to Media Ethics Magazine and has produced more than 10,000 television programs for 40 networks. He’s a member of ITW, the International Thriller Writers Association and the Military Writers Society of America.