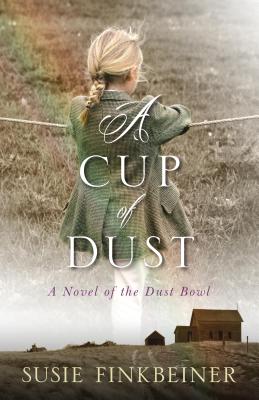 A Cup of Dust

A Novel of the Dust Bowl (Pearl Spence Novels #1)

Riveting. An achingly beautiful tale told with a singularly fresh and original voice.
Jocelyn Green,
award winning author of the Heroines Behind the Lines Civil War series The book is suspenseful and gritty with true-to-life characters. It is about hope, family, survival and faith. - The Historical Novel Society Where you come from isn't who you are. Ten-year-old Pearl Spence is a daydreamer, playing make-believe to escape life in Oklahoma's Dust Bowl in 1935. The Spences have their share of misfortune, but as the sheriff's family, they've got more than most in this dry, desolate place. They're who the town turns to when there's a crisis or a need--and during these desperate times, there are plenty of both, even if half the town stands empty as people have packed up and moved on. Pearl is proud of her loving, strong family, though she often wearies of tracking down her mentally impaired older sister or wrestling with her grandmother's unshakable belief in a God who Pearl just isn't sure she likes. Then a mysterious man bent on revenge tramps into her town of Red River. Eddie is dangerous and he seems fixated on Pearl. When he reveals why he's really there and shares a shocking secret involving the whole town, dust won't be the only thing darkening Pearl's world. While the tone is suspenseful and often poignant, the subtle humor of Pearl's voice keeps A Cup of Dust from becoming heavyhanded. Finkbeiner deftly paints a story of a family unit coming together despite fractures of distress threatening to pull them apart. Enjoy all the Pearl Spence Novels
1.A Cup of Dust
2. A Trail of Crumbs
3. A Song of Home If you are looking for a compelling story with a message of hope in the midst of a dark time and characters that will live on in your imagination, then you need to get A Cup of Dust. - By the Book Reviews This is a suspenseful page-turner, intricately plotted and bursting with meticulously drawn characters who jump from the page. - RT Reviews