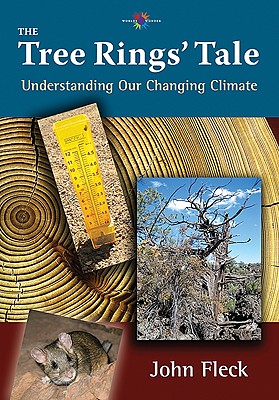 The science of tree rings--dendroclimatology--had not been developed when John Wesley Powell made his epic voyages down the Colorado River in 1869, 1871, and 1872. Nevertheless he observed that the rising and falling of the river differed over the years and came to understand the important role these variations played in the lives of people trying to live in the West.

While Powell was braving the Colorado River's rapids, a tree in southwestern Colorado was putting on rings. In 1869 it was a modest ring. In 1871, the year Powell returned to begin his second trip, the ring was remarkably thin. In 1872, as the river rose to levels that made it almost impassable, the tree's ring was fat. We know this because, over a century later, paleoclimatologist Connie Woodhouse has studied that tree and many others in the Four Corners region, using the fat and thin rings to estimate how much water has flowed down the Colorado River each year for the past millennium.

The Tree Rings' Tale addresses one of the most important guiding principles for life in the arid West and one that scientists have long recognized: climate variability. Combining classic climatology with oceanography, meteorology, geology, archaeology, and even a touch of astronomy, this exploration offers young scientists a chance to unravel how, over the past 150 years, we have come to learn more about the natural world. Activities included after each chapter provide hands-on experience with some of the very processes scientists use to understand how our world works.