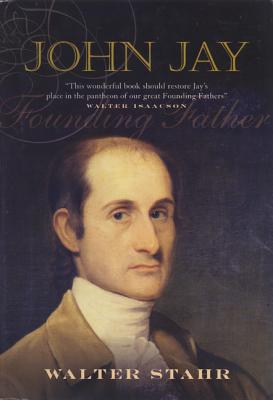 John Jay was a central figure in the early history of the American Republic. A New York lawyer, born in 1745, Jay served his country with the greatest distinction and was one of the most influential of its Founding Fathers. In the first full-length biography in almost seventy years, Walter Stahr brings Jay vividly to life, setting his astonishing career against the background of the American Revolution.

Drawing on substantial new material, Walter Stahr has written a full and highly readable portrait of both the public and private man. It is the story not only of John Jay himself, the most prominent native-born New Yorker of the eighteenth century, but also of his engaging and intelligent wife, Sarah, who accompanied her husband on his wartime diplomatic missions. This lively and compelling biography presents Jay in the light he deserves: as a major Founding Father, a true national hero, and a leading architect of America's future.

WALTER B. STAHR is an international lawyer with a longstanding interest in the history of the American Revolution. A graduate of Stanford University, he also studied at Harvard, where he was editor-in-chief of the Harvard Environmental Law Review, and the Kennedy School of Public Policy. After working in Hong Kong, he spent some years as special counsel and principal speechwriter to SEC Chairman Richard Breeden. Currently Walter Stahr lives in northern Virginia with his wife and two children and is General Counsel of EMP Global, based in Washington DC, responsible for legal issues across the range of the firm's funds and activities.
Loading...
or
Not Currently Available for Direct Purchase