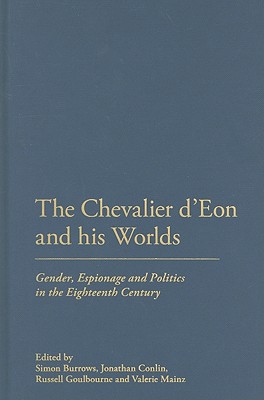 The Chevalier d'Eon and His Worlds

Gender, Espionage and Politics in the Eighteenth Century

Cross-dressing author, envoy, soldier and spy Charles d'Eon de Beaumont's unusual career fascinated his contemporaries and continues to attract historians, novelists, playwrights, filmmakers, image makers, cultural theorists and those concerned with manifestations of the extraordinary. D'Eon's significance as a historical figure was already being debated more than 45 years before his death.

Not surprisingly, such sensational material has attracted the attention of enthusiasts, scholars and literateurs to 'the strange case of the chevalier d'Eon'. He has also attracted the attention of psychologists and sexologists, and for most of the last century his gender transformation has been viewed through a Freudian lens. His cross-dressing, it was usually assumed, must have a psychosexual explanation. Until the second half of the twentieth century the terms 'Eonist' and 'Eonism' were the standard English words for transvestites and transvestism respectively, but 'Eonism' was also, thanks to Havelock Ellis, widely regarded as a psychological condition or compulsion. However, in the mid-twentieth century, new ideas about gender-identity disorders led to d'Eon being redefined not as a transvestite, but a transsexual - a person who considers their sex to have been 'misassigned'. The essays in this collection contribute to d'Eon's rehabilitation as a figure worthy of scholarly attention and display a variety of disciplinary approaches. Drawing on new research into d'Eon's life, this volume offers original and nuanced readings of how a gender identity could come to be negotiated over time.