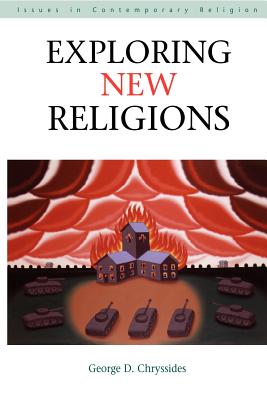 An objective, well-researched history of contemporary new religions and cults.New religious movements - popularly known as cults - arouse strong public opinion and most books on the subject are polemical, giving hostile reaction rather than informed exploration. Exploring New Religions provides an account of a wide variety of new religions, focusing on their origins, beliefs and practices, which are set out in a dispassionate way, leaving readers to form their own value judgements. George Chryssides provides important analysis of the killer cults-the Jonestown People's Temple, Waco, the Solar Temple and Heaven's Gate-examining the factors that made their followers willing to die for their cause. Older groups like the Jehovah's Witnesses and Latter-day Saints (Mormons) are discussed, and Chryssides traces the development of a variety of strands of spirituality, ranging from New Thought, Spiritualism and Theosophy. Subsequent chapters include the Baha'i, the Family (formerly Children of God), the Hare Krishna movement (ISKCON), the Jesus Army, the Rastafarians, the Church of Scientology, Transcendental Meditation (TM) and the Unification Church ('the Moonies'). Lower profile groups are also discussed including: EST (Erhard Seminar Training), the New Kadampa Tradition, Brahma Kumaris, Sai Baba, Subud and the Western Buddhist Order. A study of the New Age phenomenon, and an account of societal responses to new religions at religious, societal and political levels is also included.

George D. Chryssides is Honorary Research Fellow in Contemporary Religion at the University of Birmingham, UK.
Loading...
or support indie stores by buying on