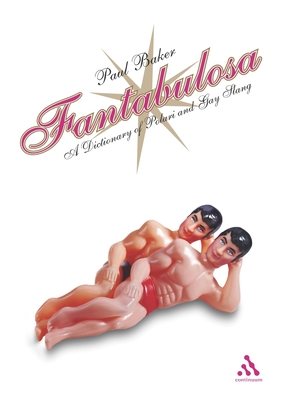 Polari has been the secret language of gay men and women through the twentieth century. But more than a language, Polari is an attitude. From the prisons and music halls of Edwardian England to Kenneth Williams, American Gls in London and the Sisters of Perpetual Indulgence, Polari has been used to laugh, bitch, gossip and cruise. Like all slang, Polari users coined an ever-changing vocabulary. Derived from words used by criminals, circus artists, beggars and prostitutes, it also employed Italian, Yiddish, French, rhyming slang and backslang. Polari speakers camped up a storm, from West End chorus boys and office workers to East End sea-queens. Since gay liberation, lesbian and gay slang has become less a language of concealment than a language of specialization, though the tradition of camp remains. A carefully researched and entertaining read, Fantabulosa presents a lexicon of Polari and a more general dictionary of lesbian and gay slang. If you don't yet know what vada the bona cartes on the ommee ajax, parkering ninty, a Mexican nightmare or a nellyectomy mean, then this is the book for you.

Paul Baker is Senior Lecturer in Linguistics and Modern English language at Lancaster University, UK.
Loading...
or support indie stores by buying on